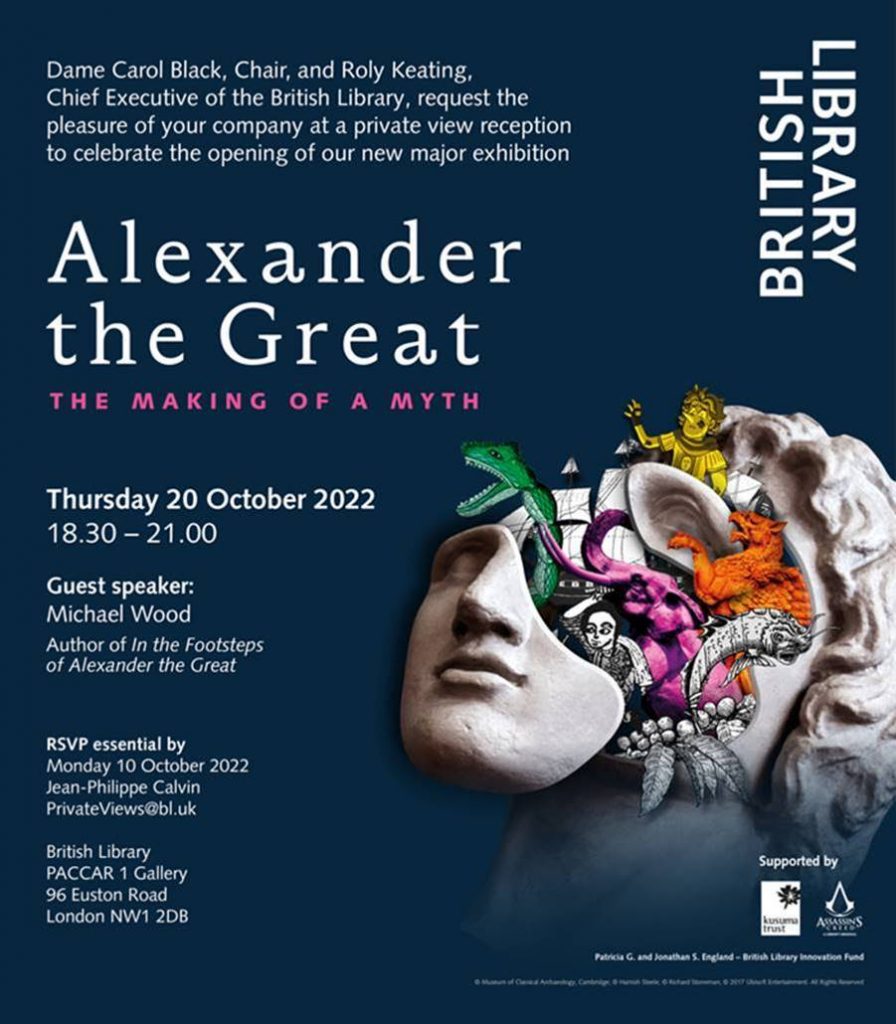 Exhibition Opening: “ALEXANDER THE GREAT, THE MAKING OF A MYTH”

With an impressive ceremony, the openings of the exhibition “Alexander the Great, the Making of a Myth” were celebrated on Friday, October 20, 2022, at the British Library/London.

The exhibition consists of manuscripts, publications and objects of material culture related to the life of Alexander the Great; all display items are coming from the most important museums and libraries in an international context.

The Hellenic Institute of Byzantine and Post-Byzantine Studies of Venice has contributed two of objects of considerable value taken from its collection: the image of Saint Sisoës at the tomb of Alexander the Great (18th century) and the Codex 5, that is, the famous Novel of Alexander the Great adorned with 250 miniatures (14th century). The precious objects were transported to the British Museum under the supervision of Anastasios Theofilogiannakos, the Secretary of the Institute, who had assumed the responsibility of accompanying them to the British Library where they were securely placed in the provided place for display by the curators of the British Library in collaboration with experts of the Venice Ephorate of Antiquities.

The image of Saint Sisoës is placed at the exhibition entrance while the Codex with Alexander’s Novel, in the middle of the central hall, constituting the exhibition’s core.

The opening of the exhibition was attended by the President of the Hellenic Institute, professor Vasileios Koukousas, who held talks with Dr. Roly Keating, Chief Executive of the British Library, Dr. Peter Toth, one of the Exhibition’s curators, as well as with other members of the Library’s personnel. Dr Flora Karagianni, who had the scientific supervision of the Hellenic Institute’s contribution to the Exhibition, also attended the ceremony. The London, Mr. Ioannis Raptakis Ambassador of Greece in was also there accopmpanied by the Consul of Greece in Constantinople, Ms. Georgia Sultanopoulou.

Central speaker of the event was Mr. Andreas Katsaniotis, Deputy Minister of Foreign Affairs, responsible for the Hellenism Abroad, who congratulated the organizers for the excellent setting up of the exhibition. Ηe emphasized the extraordinary value of the items coming from the Hellenic Institute’s holy icons’ and manuscripts’ collection, which say a lot about the individuality of the legendary Macedonian warrior-king, who spread the Greek spirit to the end of the ancient world.

The exhibition, which has already been embraced by the English and international scientific community, will remain open until 19 February 2023. 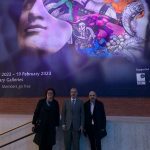 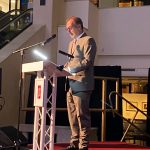 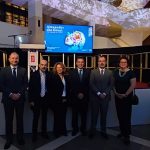 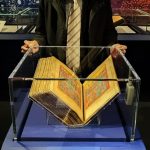 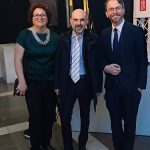 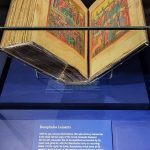 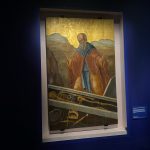