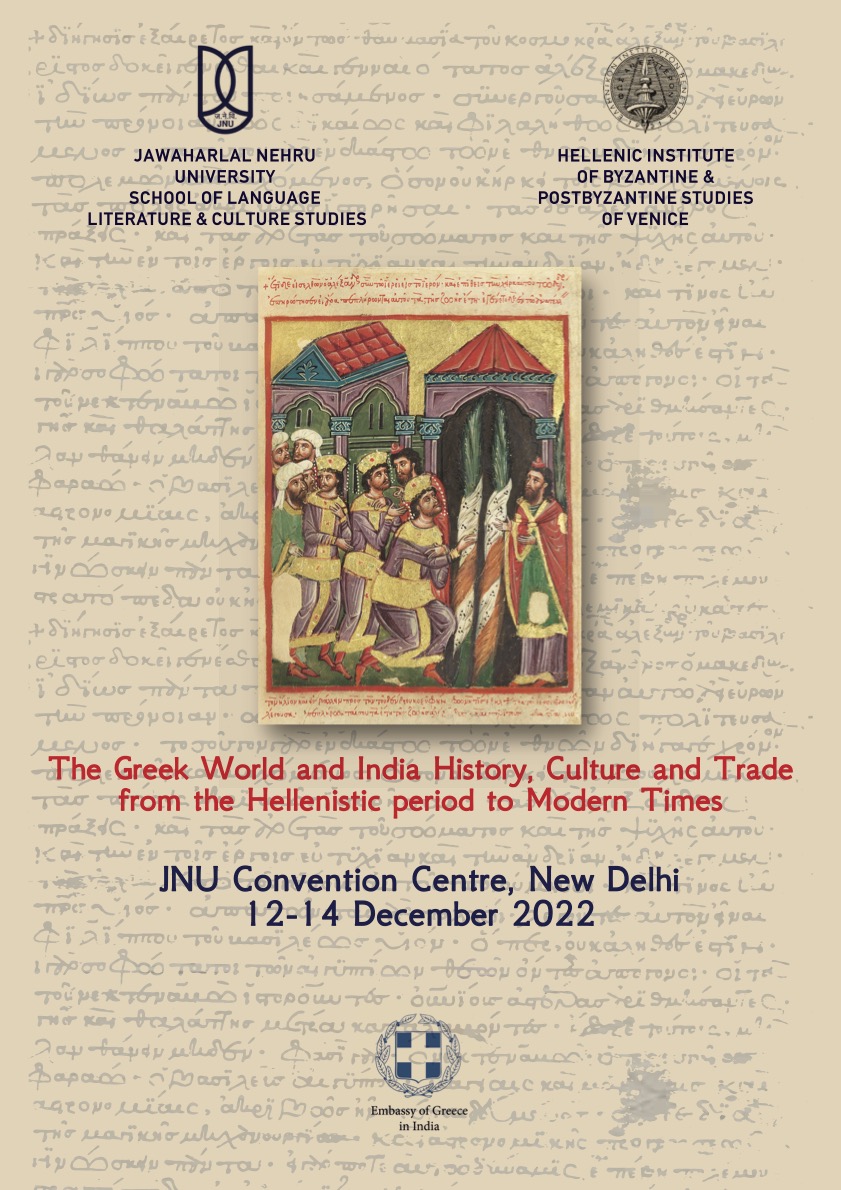 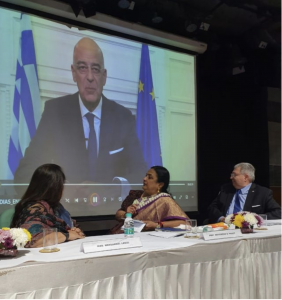 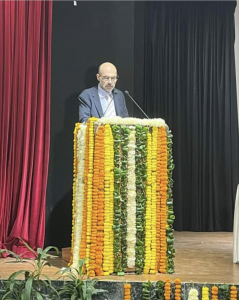 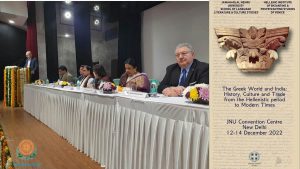 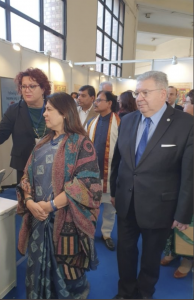 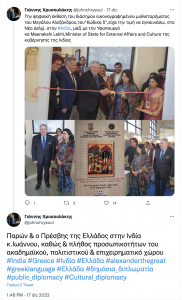 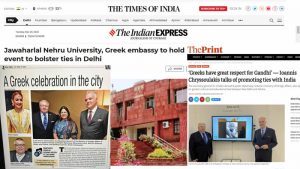 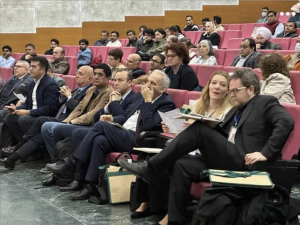 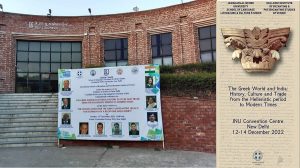 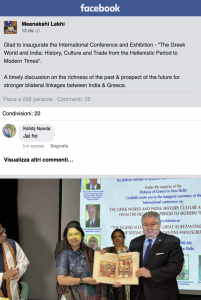 The Hellenic Institute of Byzantine and Post-Byzantine Studies in Venice and the “Dimitrios Galanos” Chair of Greek Studies at the Jawaharlal Nehru University in New Delhi co-organized an International Conference on the theme: “The Greek World and India: History, Culture and Trade from the Hellenistic period to Modern Times (4th c. BCE – 18th c. CE“, from 12 to 16 December 2022, at the Jawaharlal Nehru University Conference Center, in New Delhi with the participation of 40 specialized scholars and researchers from Greece, India and other countries. The course of relations between the two countries from ancient times to the present day was examined, with special emphasis on the Byzantine period. Also at the Conference was presented digitized manuscript 05 of Alexander the Great, which is kept in the Museum of the Hellenic Institute.
Here’s the address, via video-recorded message, at the International Conference  of the Minister of Foreign Affairs Nikos Dendias:>   Ladies and Gentlemen, Today’s Conference is quite a unique event. The millennial history of Indo-Hellenic contacts provides a solid basis for strengthening our relations in the cultural field; which is all the more important since Greece and India represent two of the greatest civilizations in history. Our countries enjoy a long history of contacts, starting in the era of Alexander the Great. Greek-Indian contacts comprised the fields of art, letters and science. Commercial bonds, mainly through maritime routes, leaded to the formation of vibrant Greek communities in Bengal. And especially in Calcutta, where the famous Greek Indologist Dimitrios Galanos lived. We are pleased that the Experts in this Conference are exploring these aspects of our history; from the Hellenistic period to Modern Times, with the aim to build on a relationship of the future; a relationship that aspires to become a strategic one, as Greece and India view things in a very similar way. A major highlight of this Conference is the digital exhibition of a unique byzantine manuscript; with a large number of miniatures which depict the life of Alexander the Great. The manuscript is a rare “gem” from the collection of the Hellenic Institute of Byzantine and Post Byzantine Studies. Its “digital journey” to India bears testimony to the efforts undertaken by our countries to honor and further explore their cultural bonds. We also feel very honored that there is a Chair of Greek Studies at the JNU (Jawaharlal Nehru University). The latter will be reinforced with a Visiting Professor from Greece in the start of this academic Semester. As the prominent Indian Poet Tagore had stressed during his visit to Athens in 1926, “We, the younger generations of both Greeks and Indians must always strive to live up to the level of our glorious past.  But it is not enough to reflect only on our past. We must walk in modern reality. We must contribute to the promotion of the culture of our countries and make this culture a lasting value”. Hoping that this Conference may lay a small stone on exactly that path, I am wishing you every success. The Minister of State of India for External Affairs and Culture, Mrs. Meenakshi Lekhi was the Chief Guest at the Conference. In her speech, Mrs. Lekhi made a very important proposal that Greece and India work closely together in the framework of UNESCO to inscribe common tangible and intangible heritage. Furthermore, she said that, from an Indian perspective, Greece was never considered a country of the West but a bridge between East and West. She referred to the Indo-Greek Bactria that was right on the edge where India met other civilizations. She also stressed that the two civilizations were connected and in touch even two centuries before Alexander the Great. She also mentioned that there were references to the Greeks in the great Indian epics like the Mahabharata. She further mentioned that “Greece and India had some fantastic exchanges in old times, they were competing but understanding each other as well”. While now the world mindset has changed so countries like India and Greece need to work together to “decolonize history”.

Listen to Meenakshi Lekhi’s speech in the video below: